The (2nd) Largest Container Ship in the World

All records are meant to be broken — especially if you’re the largest container ship in the world!

I’m not sure who originally said that, but it’s true. Actually nobody said it — I just made it up. But regarding container ships, I wouldn’t get too carried away with all of the “We’re #1” stuff. All you need to do is check out this list of the largest container ships in the world, and you’ll see it’s true. Oh, well…

However, we here at Shipped.com happen to love anything that has to do with Shipping Containers. And when the CSCL Globe was launched in November of 2014 for her maiden voyage in December, she was indeed the largest container ship currently sailing in the world. This baby is 400 meters long, is equipped with 2000 reefer points and has a maximum capacity of  19,100 20-foot containers! Forget about it…that’s a lot of containers!

When I say currently sailing, I mean there are at least 5 more ships under construction at the time of this writing that will be larger than the CSCL Globe.

The Globe left Shanghai, China on its maiden voyage in early December 2014, and just about the time it arrived at its first port of call in the UK this past January, it was the second biggest container ship in the world, being surpassed by the MFC Ocsar, which was launched the day after the Globe arrived in Felixtowe, England. The Globe arrived on January 7th and the Oscar launched on the 8th!

Can you imagine…you leave port as the biggest and you arrive half-way around the world only to discover you’ve dropped to number 2 the very next day. Here’s a link to an interesting article and video by the BBC, which covered the arrival of the Globe. It was a very big deal in Felixtowe, as hundreds of people lined the shore to take videos and photos of the humongous ship’s arrival.

I’ll write about the Oscar another time. Until then, let’s bask in the glory of the Globe and give it up for number 2!

If you’re a shipping container enthusiast, like me, you’ll want to buy a shipping container of your own and turn it into something cool (my idea is a pop-up restaurant). Whether you’re in Shanghai or Chicago, The Shipped.com Marketplace connects buyers and sellers from all over the world, enabling you to get the lowest price possible along with the fastest delivery time. You can sign up in seconds and within minutes sellers worldwide will be sending you their very best offers on exactly what you’re looking for. You’ll have your choice of the highest quality shipping containers at the lowest possible prices. Visit the Shipped.com Marketplace and submit your container request now.

Once your containers arrive, contact us and we’ll be happy to point you in the direction of people who can help you get started creating something cool.

Your comments, tweets, emails and phone calls are valuable and important. So if you have any questions, comments or suggestions regarding this blog or Shipped.com in general, we’d love to hear from you.

This is what the CSCL Globe looks like empty. 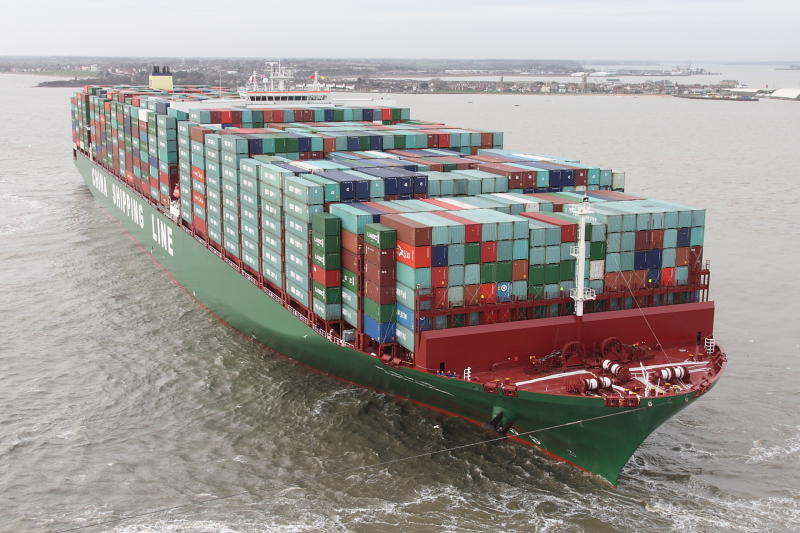 The 2nd biggest container ship in the world, full of containers, as it sails from China to the UK. 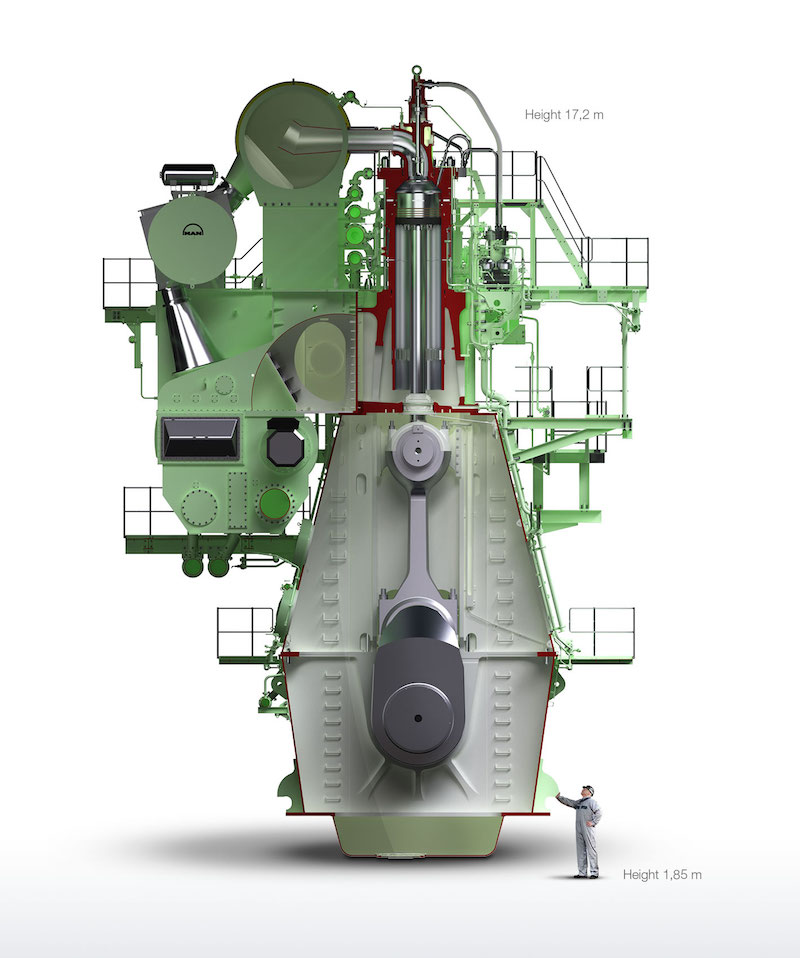 The engine of the Globe. See the man standing next to it for contrast!